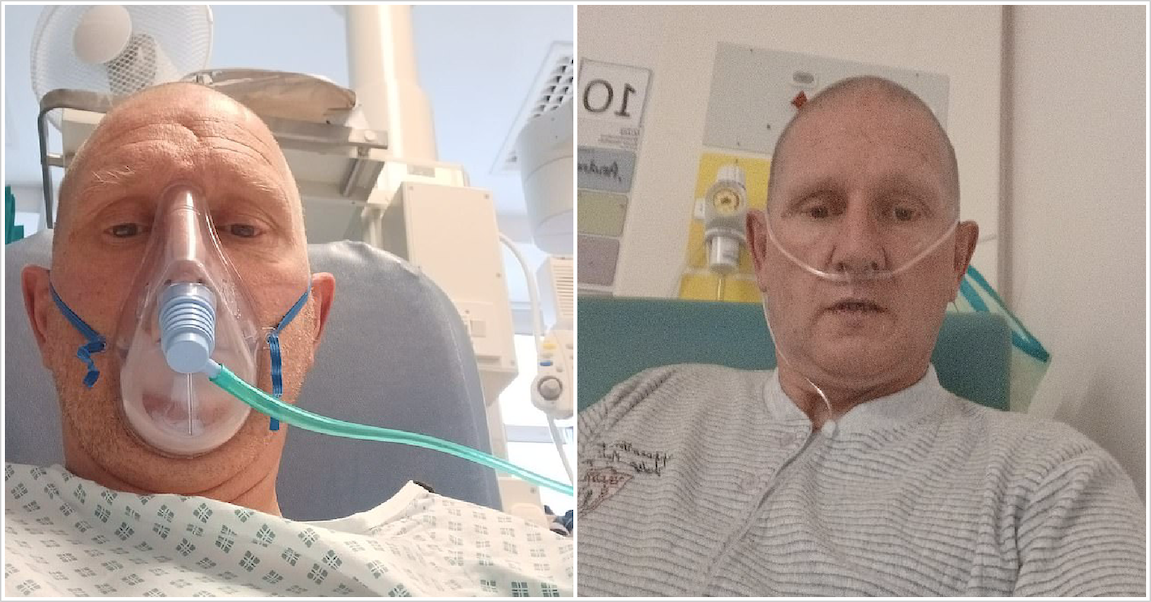 The 52-year-old former anti-vaxxer who reportedly bragged he was a hero for refusing to get vaccinated is now urging people and other vaccine skeptics not to follow his lead after the killer virus left him fighting for life in hospital. He reportedly turned his back on getting a life-saving injection, but after contracting Coronavirus just before Christmas now says he wishes he’d had the COVID-19 vaccine.

According to reports, the 52-year-old man from UK, Andrew Pugh, turned his back on getting a life-saving injection, but after contracting COVID-19 just before Christmas now says he wishes he’d had the vaccine.

At one point he was so sick his family were told he only had a 50% chance of survival. He could barely eat, sleep or walk and received the majority of his oxygen through a full faced mask as friends and family feared the worst.

Pugh was rushed onto intensive care on December 5.

Doctors battled to keep him alive and over a month after being first admitted he is still reliant on an oxygen mask, according to reports.

Speaking from his hospital bed, the father of three says he wishes he had been vaccinated.

“I didn’t get the vaccine, I thought I was being the hero. If it wasn’t for the nurses and the fact I’m a non-smoker I wouldn’t be alive – they saved my life. I want to say thank you to the staff in the ICU for giving me my second chance, it has been hard and it still is.

Please people get your vaccinations, you don’t want to end up like me. When you’re dead and all your family are heartbroken you can’t turn around and say ‘I wish I had the vaccine’. This is very real and people need to get their jabs.”

The 52-year-old man remains on oxygen as he continues his recovery from long Covid.

He was only allowed one visitor to spend an hour with him on Christmas Day.

The 52-year-old man admits he still can’t fully breathe on his own accord and at times during his hospital stay he feared his decision to not get vaccinated could have meant the end for him, according to reports.

He explained: “Please people get your vaccinations, you don’t want to end up like me.”