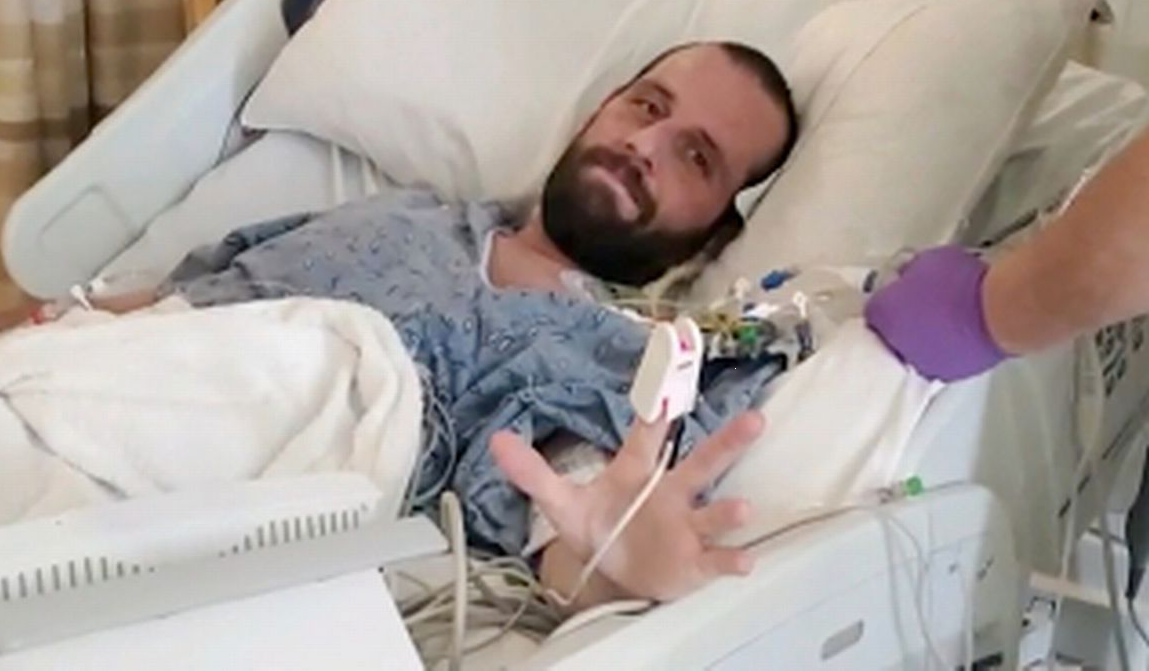 The 31-year-old father-of-two has reportedly been told he only has 5 years left to live after he was refused a heart transplant because he is unvaccinated against COVID-19. The dad now has a mechanical heart pump (left ventricular assist device) which should last for up to five years. According to his family, the 31-year-old man is not an anti-vaxxer as he has all of his vaccines, but it’s just that he’s concerned about the COVID-19 vaccine because of his current cardiac crisis.

The 31-year-old man from Massachusetts, DJ Ferguson, was reportedly admitted to Brigham and Women’s Hospital because he has a hereditary condition causing his heart and lungs to fill with blood and fluid.

DJ’s mother Tracey; his father David and his girlfriend Heather reportedly said that Ferguson had to get the vaccine in order to get that transplant.

DJ’s father, David, reportedly said: “His heart deteriorated so much, so quickly, that they had to resort to open heart surgery and doing the L-VAD (left ventricular assist device) mechanical pump. So now my boy has a pump – he’s in recovery. He went through seven hours of surgery.”

DJ’s mother, Tracey, reportedly said that her 31-year-old son is not an anti-vaxxer as he has all of his vaccines, but it’s just that he’s concerned about the COVID-19 vaccine because of his current cardiac crisis.

David also said that to his son getting vaccinated is ‘against his basic principles.’

The hospital officials said that the 31-year-old man had to be taken off the donor list because vaccines are needed to create both the best chance for successful operation and also the patient’s survival after transplantation.

But, DJ’s girlfriend said that her 31-year-old boyfriend was already in a high risk category for the vaccine due to his heart problems.

She reportedly said: “After almost 50 days in the hospital with no answers, DJ was finally seen by some of the best cardiac specialists last week. After running countless tests and scans we learned that DJ is now in severe end stage heart failure, meaning that he is going to need a heart transplant to live. On top of the heart failure his heart is extremely swollen and dilated.

The good news is that he went through all the testing to be put on the transplant list and passed with flying colors since he’s young and healthy aside from the heart failure. With that being said he was accepted to be a candidate for heart transplant. The bad news is that the transplant board will not actively list him due to his vaccination status.”

The hospital has protocols including a requirement for the COVID-19 vaccine for people needing transplants, which is common across the country. This story will be updated as new information become available.