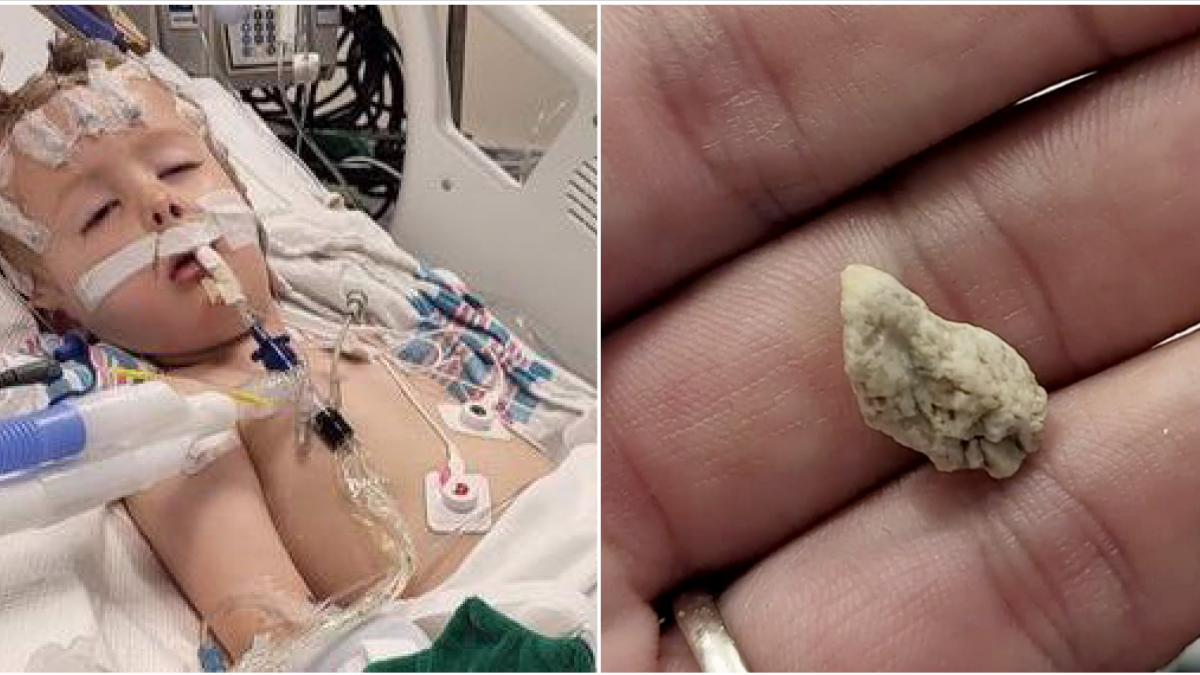 The 2-year-old child is fighting for his life after he swallowed a rock at daycare, his family said. The boy went from playing at daycare to fighting for his life, his parents said. Medical personnel were already performing CPR when they arrived at the daycare. Doctors told the parents that after swallowing the rock, their son went into cardiac arrest, which stopped his heart for around four minutes. His heart stopped again for 8 minutes after he was taken to hospital.

Per reports, this unfortunate incident occurred on Monday. The boy’s parents from Missouri, Caleb and Savannah Slater, said their 2-year-old son Ryker is now fighting for his life after he reportedly swallowed a rock at daycare. Medical personnel were already performing CPR when they arrived at the daycare.

The doctors told the parents that after swallowing the rock, the 2-year-old boy went into cardiac arrest, which stopped his heart for around four minutes.

The boy’s mother reportedly said: “I raced down there as fast as I could but they were already on their way to hospital where his heart stopped again for eight minutes while we were there.”

The 2-year-old child was then taken to the Children’s Hospital, so the doctors could remove the object from his body. The first 72 hours after cardiac arrest are the most critical, the doctors told the boy’s parents.

The boy’s mother told Fox19: “The main concern right now is his brain and his lungs. The other vital organs they think are doing okay for now.”

The boy’s parents also said that doctors will conduct neurological tests in the upcoming weeks.

The 2-year-old child will remain on a ventilator until his lungs heal and the risk of brain swelling is reduced.

The boy’s mother said their son is reportedly showing small signs of progress. The 2-year-old boy moved his toes and he’s frowned. He was able to show emotion, the parents said.

According to the family, all employees at Ryker’s daycare were trained in CPR and the parents believe they did everything and they saved his life.