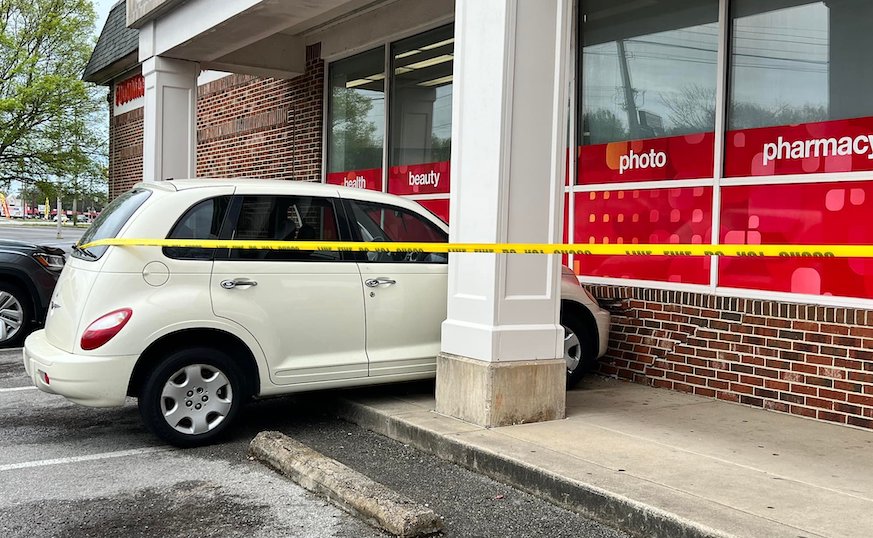 CHATTANOOGA, Tenn. — A driver accidentally ran into a brick wall in front of the CVS on Highway 58 Monday, according to the Chattanooga Fire Department.

Chattanooga, TN – According to the Chattanooga Fire Department, the accident occurred Monday afternoon.

It happened at CVS on Highway 58 Monday,

Chattanooga Fire Department crews responded to a report of a crash.

The responding crews discovered that the driver reached for the brake but hit the gas instead.

Their car jumped the curb and went into the front of the store, according to CFD.

There were no known injuries and the store remained open, officials said.