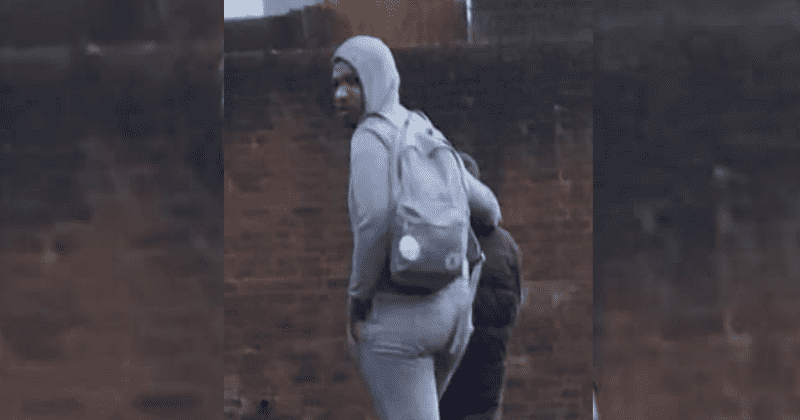 A chilling video of a young woman in pursuit of a man attempting to abduct a schoolgirl went viral last year. The incident took place when the woman’s younger sister alerted her of the suspicious behavior of a man who was following a young girl. She headed out of her house and started recording the incident while telling the man to let go of the girl. He had his hands on her mouth and tried to walk away quickly while claiming the girl was his sister. This video helped police track the man down.

Nelson was wanted as a rape suspect and his picture was released to the public to help them turn him in. After the video went viral, many groups of people decided to hunt Nelson down themselves. “Do not try to take the law into your own hands or you may end up doing something you regret and potentially face police action yourself,” Det Supt Owain Richards said to the vigilante groups. Instead, they asked Nelson to come forward and hand himself over for his own safety. He urged the people to allow the police to do their jobs.

Nelson was soon arrested by the police and appeared at Kingston Crown Court on April 26. He admitted to kidnap, rape, and making a threat to kill, the Crown Prosecution Service (CPS) said in a statement. He has even pleaded guilty to the offenses. Nelson had tried to abduct a 13-year-old girl that day as captured in the video. He put one hand on her head and the other on her mouth. He told her to take off her coat and school blazer, sexually assaulted her, then put his own jacket on her in an alleyway. He threatened to kill her as he forced her to walk with him.

The victim was able to identify Nelson as well. In the video, as Ashanti followed Nelson and the girl demanding to know what he was going to do to her, he gave up and ran away. The girl then ran to Ashanti, bursting into tears saying “thank you, thank you” and confirmed that he was a stranger.

“The young victim has shown remarkable courage during these proceedings and I hope this conviction will go some way to providing her with closure,” Shilton added. “Sexual offenses are some of the most serious and complex cases to prosecute. The CPS is committed to bringing sexual offenders to justice where there is the evidence to do so.”