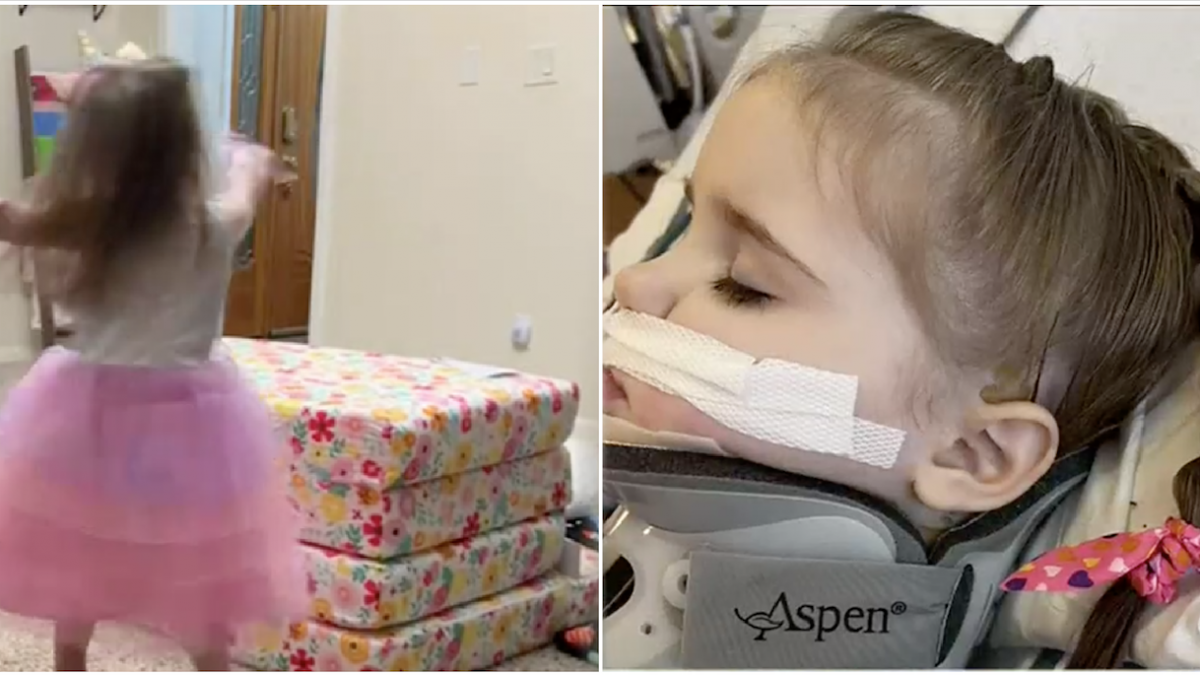 The 2-year-old girl was reportedly playing on her playmat when she fell and injured herself. The child’s mother said that her daughter reportedly took a tumble and went over it. The little girl then hit and hyperextended her neck and went unconscious. When the girl regained consciousness, she could not stand and did not want to put any weight on her legs.

The 2-year-old girl from West Virginia, Piper King, was playing in her home when the accident occurred. Her mother, Haley King, reportedly said that she was watching her and telling her to be careful.

The girl took a tumble where she kind of went over it, Haley said. Unfortunately, she then hyperextended her neck and she went unconscious and wasn’t responding.

The mother said that when her 2-year-old girl regained consciousness, she could not stand and did not want to put any weight on her legs. She also said that Piper still had some movement in her arms and legs.

When the 2-year-old girl arrived at the local hospital, she reportedly lost all function of her arms and legs. Doctors said that the MRI scan showed Piper has a severe Chiari malformation, a condition where brain tissue extends into the spinal canal.

Haley reportedly said: “That’s what caused her tumble to be so severe. They initially thought that she had a tumor on her spine, but she has what they call a Chiari malformation. And most people their whole lives, until they get to adulthood, don’t even know that they have those.”

The 2-year-old girl was then taken to the Nationwide Children’s Hospital in Ohio, paralyzed from the neck down and on a ventilator. Doctors performed a surgery to decompress her spine and repair the malformation.

Piper’s family are not blaming the playmat and they say it was just an accident. But, they are paranoid, knowing “this could happen to any child.”

“They are saying the Chiari malformation is much more common than we realize, and that without an MRI, you’ll walk around your whole life with it and not know you have it. Life can change in the blink of an eye.”

We know that our God still works miracles every day, and we are leaning on His grace to get us through these times. I feel like these prayers are working, and I feel like God hears our cries.”

It remains unclear if Piper will ever walk again, the doctors said. This story will be updated.