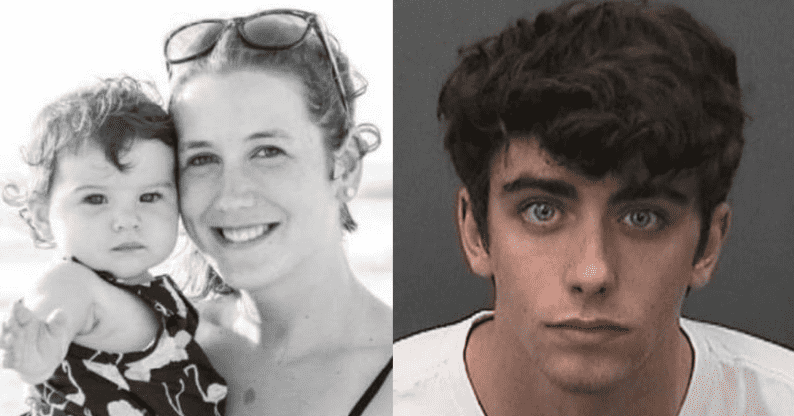 Thousands of people on the internet thronged forward in support of a 21-year-old, whose actions led to the death of an innocent mother and child as they crossed a street in Florida. “He looks innocent” and is “too cute” to be behind bars—these were some of the messages that were shared in favor of the young man, Cameron, after he was handed a prison sentence for accidentally killing the mother, Jessica and her 20-month-old daughter.

At the time of the accident, Cameron was street racing and reached 100 mph. Cameron was zooming at 102 mph just six seconds before striking the unsuspecting mother, who was pushing her daughter in a stroller across the street. Although Cameron had slammed the brake before the collision, he couldn’t do anything fast enough to lessen the impact of the crash.

“Had the vehicles been traveling at the posted speed limit of 40 mph or even above the speed limit at 60 mph as some witnesses have described they would have had plenty of time to stop and this crash would have not occurred,” an investigator wrote.

Jessica’s husband, David, found his daughter’s smashed stroller lying on the ground. Jessica and Lillia were rushed to the hospital but succumbed to their injuries and passed away after the 2018 accident. A couple of years after the collision, Cameron found himself facing a court in April, 2021 and cried when he received his sentence of 24 years in prison. His sentence spurred campaigns on social media that insisted he was “too cute” for such a harsh punishment.

“Justice for Cameron” began trending on the internet, and one user said he “looks innocent” on the surface. Another called him a poor boy, who didn’t mean to kill the innocent mother and daughter.

“Omg his eyess” and “you’re too cute,” were also among the flood of comments.

A change.org petition is currently circulating on the internet with the title: “Cameron Herrin 21years old, who jailed for 24years, justice for him.” So far, nearly 28,800 people have signed the petition and are asking for a more lenient punishment.

Cameron’s mother, Cheryl, said that the interest in her son became almost like an obsession, an unhealthy obsession. Many have stalked the family members on social media and sent messages to them. Cheryl also spoke during Cameron’s sentencing and said about the crash: “The impact plays over and over in his head. It’ll never go away.”

Among those who spoke at the sentencing included Jessica’s husband, David. He directly looked at Cameron and said, “It is critical for you to understand, that you’ve created everlasting pain and depths of sorrow. This was a crash, not an accident. please be aware of that.”