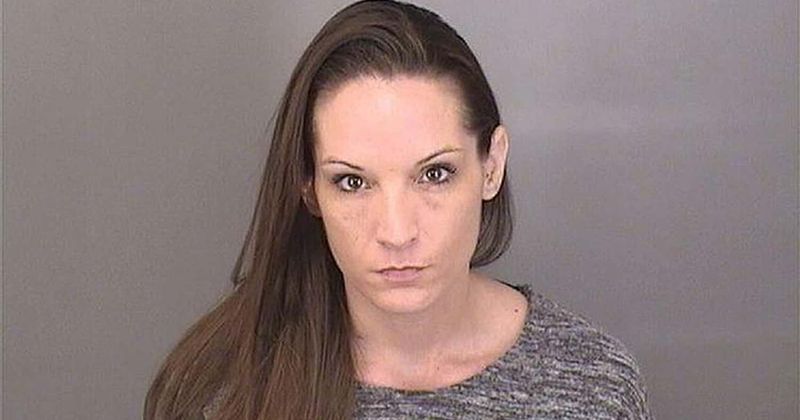 Christina from Nebraska is mother to an 11-year-old girl who, like any other kid her age, would have friends over for sleepovers. But, the little girl’s mother is alleged to have molested one of her friends. 38-year-old has been found guilty of three counts of first-degree sexual assault of a child, six counts of felony child abuse, and two counts of witness tampering. The woman is scheduled to be sentenced on April 19 and faces a mandatory sentence of at least 45 years to life in prison. During the sleepovers hosted for her daughter’s friends between September 2017 and February 2018, the mom would give children alcohol and marijuana-infused gummy bears. She also instructed the boys not to tell anyone about what happened at the parties and told them to delete any evidence from their phones.

Later, court documents revealed that Greer also groomed two boys aged 12 and 13, to have sex with her. Law enforcement managed to retrieve sexually explicit photos of the mother from one of the victim’s phone.

“Children who were at the sleepover testified that they observed the defendant and one boy kissing,” the county attorney’s office release states. “These kids showed a lot of bravery and fortitude by testifying and confronting their abuser,” Deputy County Attorney Michael Mills said in the release.

“It has been an exhausting and harrowing experience for these victims and their families,” said Attorney Phil Kleine. “It has been a long fight to reach this point.”

A woman named Marie Jess asked a valid question on Facebook:  She asked, “45 years, that’s great but why do men get 5 years? Dr. Dennis Jones of council bluffs got less than 10 for sexually abusing his granddaughter and other patients. I wonder if there’s something about if the victims are females the perp gets less time than when the victims are males?”

Her question does make you think, doesn’t it?