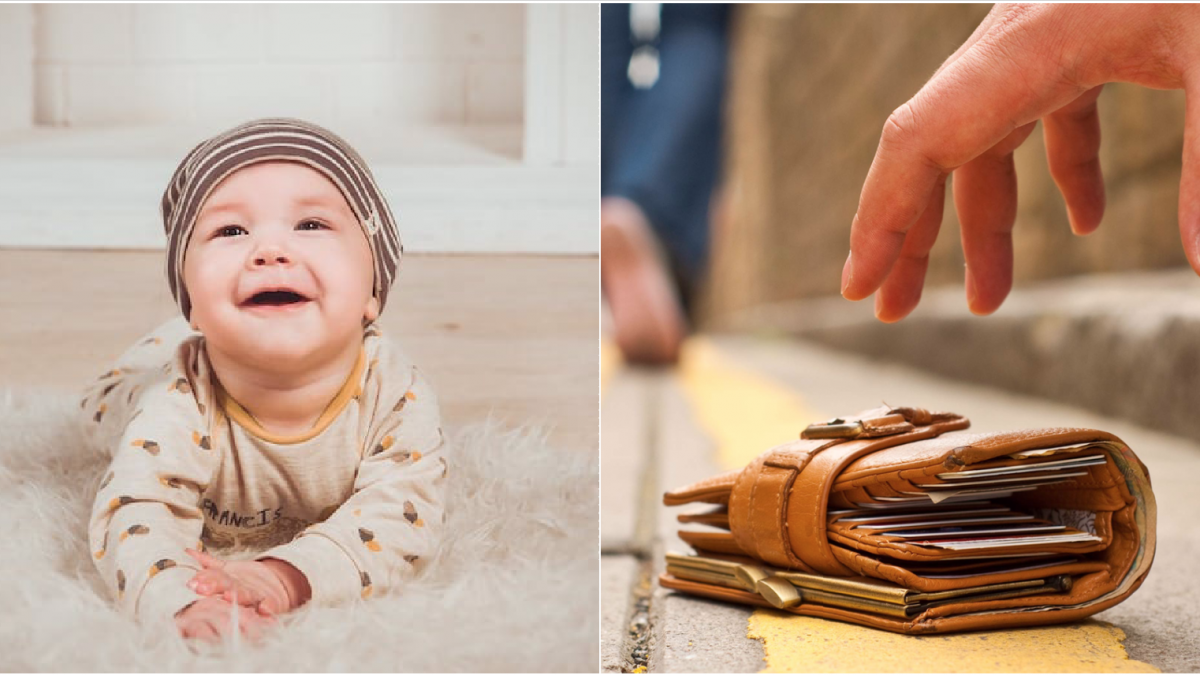 We bet you hadn’t thought of this before. Proud grandparents especially love to carry around pictures of their grandchildren in their wallets, but some parents, aunts and uncles also like to do this. Do you not have a baby picture in your wallet? Then you should consider putting one in there for this clever reason! We’re going to put a baby picture in our wallet straight away.

Nobody likes the thought of losing their wallet. It’s inconvenient and aggravating. You don’t have any money on you, you’ve got all these cards that need to be blocked and there might have been some cash in there you won’t ever see again. Or will you? Research shows that the chances of someone returning your wallet are highest when there’s a baby picture inside it.

Professor Richard Wiseman from the University of Hertfordshire wanted to know what kind of effect a picture would have on a lost wallet being returned or not. He and his team ‘lost’ 240 different wallets all over Edinburgh and they wanted to know how many of these would be returned by the person who found it.