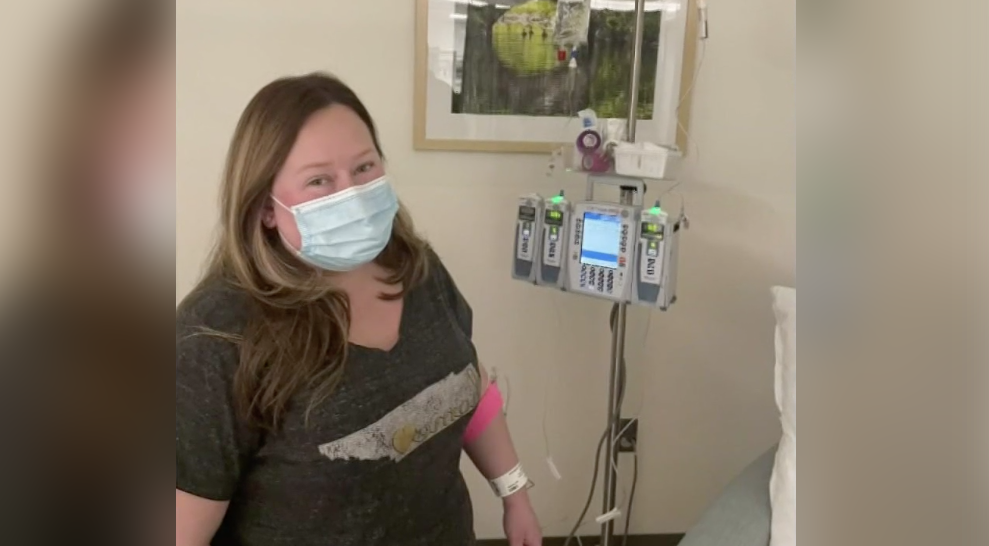 The 31-year-old mother says she was diagnosed with an autoimmune disorder months after she had a mild case of COVID-19. “Initially, I had a very mild infection with COVID. That’s until she started seeing spots on her legs and arms.” she said.

She was diagnosed with Idiopathic thrombocytopenic purpura – it destroys platelets in your blood, which are meant to keep you from bleeding.

This is why the 31-year-old woman from Tennessee, Adriana Stoltz, believes that COVID-19 put her where she is today.

Adriana Stoltz reportedly said: “Initially, I had a very mild infection with COVID. I just lost my sense of taste and smell. Then, I started seeing spots on her legs and arms. I noticed my bruises would be darker in color, and they would stay on my body longer. And it was easier for me to bruise.”

Doctor diagnosed her with Idiopathic thrombocytopenic purpura. The autoimmune disorder brought her platelet count down to 35,000 and it should be at 150,000 to 350,000

Dr. Lindsey Goodman said that Stoltz was taking high doses of steroids as treatment. Unfortunately, the 31-year-old mother wasn’t responding well to them, so Dr. Goodman put her on chemotherapy drugs.

Dr. Lindsey Goodman reportedly said: “The body is basically attacking the platelets and destroying them. It’s very possible that this is related to the COVID infection that she had. There is some data that has come out of the Cleveland Clinic. They looked at 3,000 patients that had COVID, and about .3% of those patients ended up with ITP.”

Stoltz knows that ITP is rare, but she reportedly found others going through the same disorder after taking to social media.

She said: “For it being a rare condition, it sure feels like there’s a lot of people that are suffering through it right now.”

The 31-year-old mother said the disorder takes a toll on her life. She also said that she feels fatigued and it’s hard to make it through the day without a nap. The doctors told that that this is something she’ll have to deal with the rest of her life.