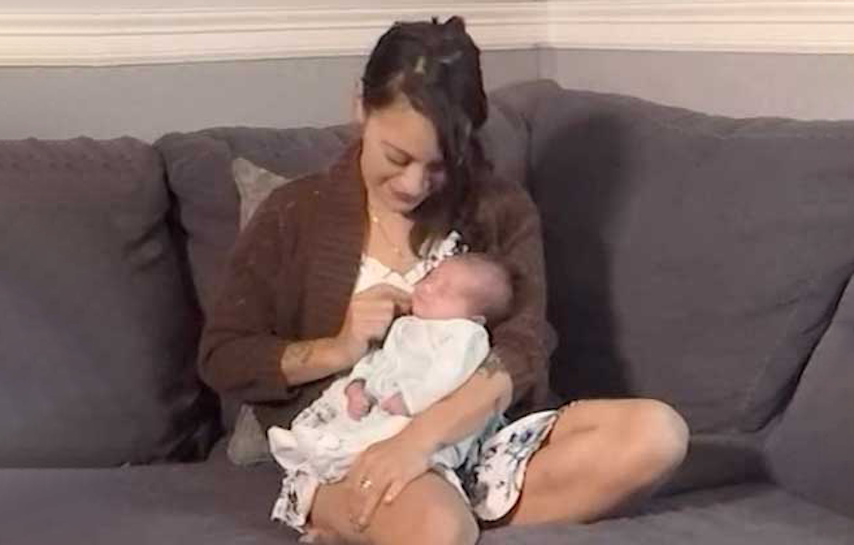 When this mother went into labor in the middle of the night she had to drive herself an hour to get to the hospital. Although they had anticipated her arrival, she did not see any staff when she pulled up. At that point she was in active labor, and the only person around was a security guard. Together the two delivered her baby on the sidewalk in front of the hospital.

The mother from Texas, Morgan Lee, drove herself to the hospital while she was in labor. Her husband stayed behind with their other children.

“I drove 16 hours from Nebraska to get here. That was nothing compared to that car ride to the hospital.”

Lee arrived at the hospital around 4:15 a.m., but no one was there to help.

Sandra Cartagena, a security guard, heard the pregnant mother cry out in pain and went to help.

“I was freaked out inside. I was very freaked out, but at the same time I didn’t want to make her feel that I was feeling that way,” Cartagena said.

Cartagena helped Lee deliver her daughter, Charlie, on the sidewalk in front of the hospital.

“It felt like forever, but I’m pretty sure it was within a minute or two,” Cartagena said.

Both were thankful to be in the right spot at the right time.

“I feel really blessed I was able to be there for her, that God brought me to her. That she wasn’t alone.”

Where Chattanooga Book Lovers Got “Literated”